So, you have just completed the setup of your computer and familarised yourself with the SSTuino Kit. What would be the next step?

Do not plug anything wrongly or expensive failures may happen…

We first check if the USB to serial converter is detected by System Information. If it is detected, it would look something like this: 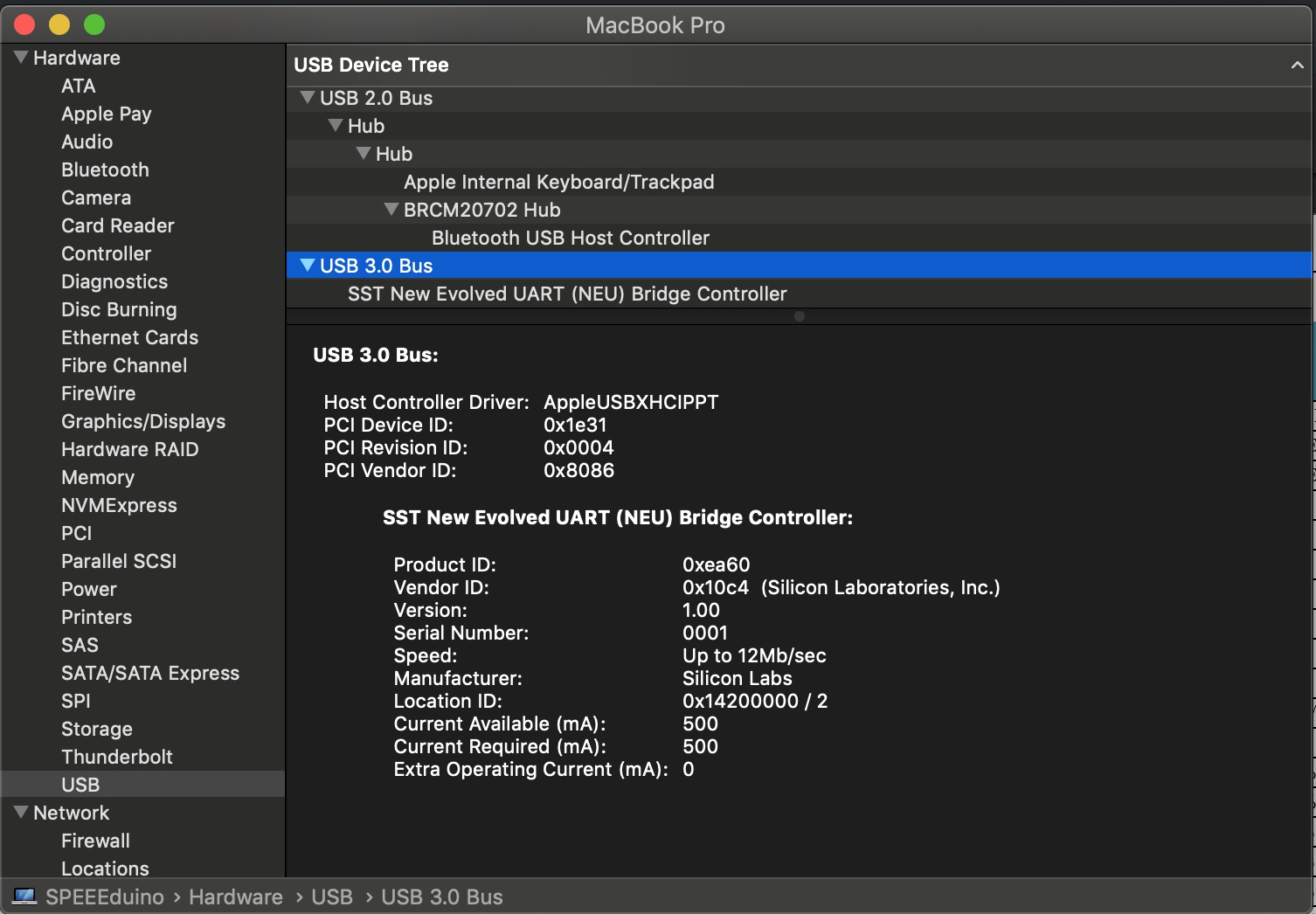 We first check if the USB to serial converter can be detected. To do so, launch the Terminal app from your mac and type in this line: 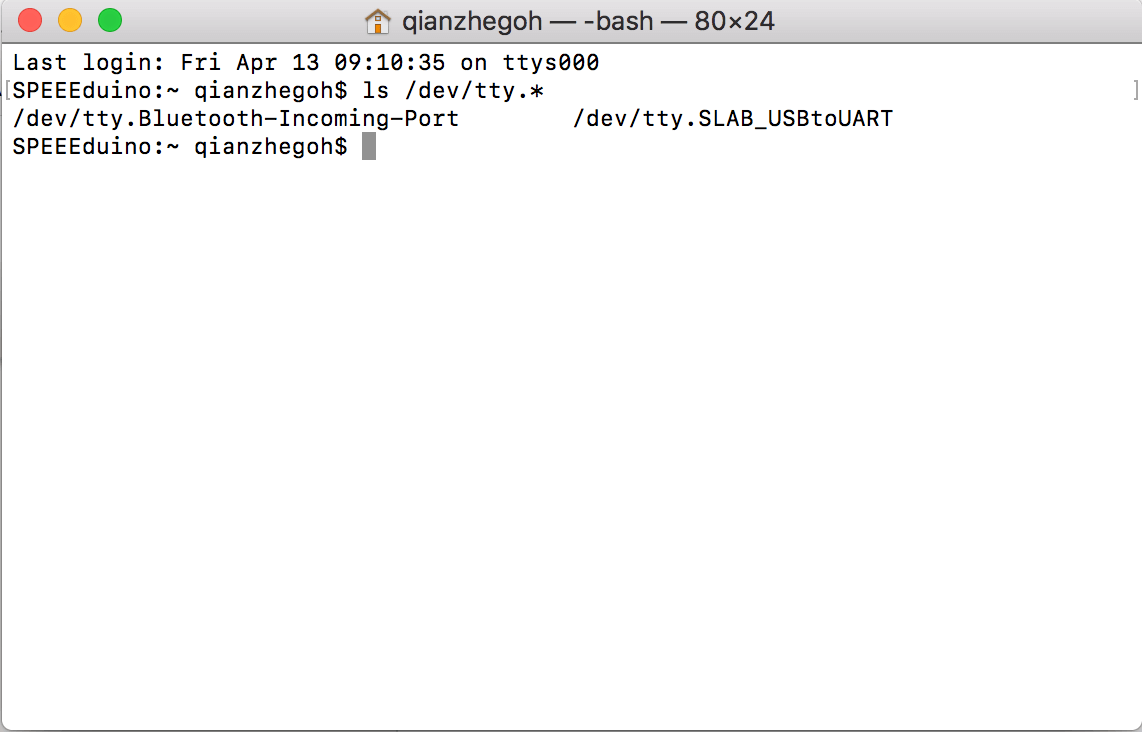 You should see the device called /dev/tty.SLAB_USBtoUART appear.

You are almost ready to launch! But first, open the Arduino app you downloaded from this tutorial. 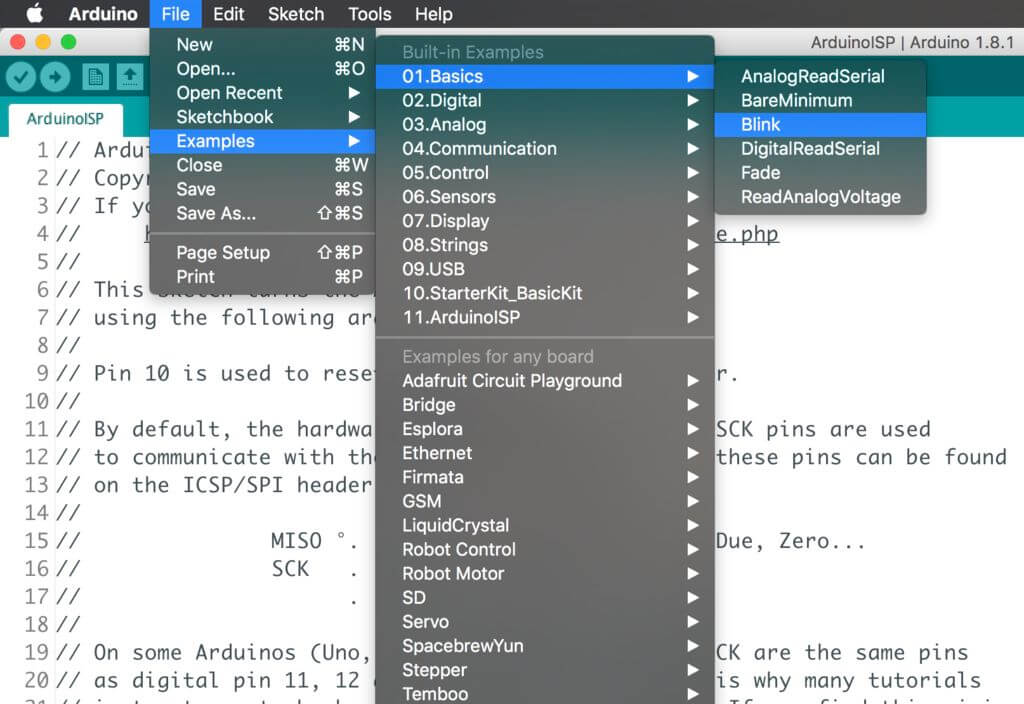 Once the app is open, go to:

Before uploading the example code, make sure that you have selected the Arduino Uno as the device.

Also, please make sure that you have the correct port as shown above. Since this board is designed for SST, and used in the MacOS environment, the port that appears should be the same as shown in the picture above.

Now you can upload your code and you should see your onboard LED blinking! Have fun!

How about I change how the LED blinks? 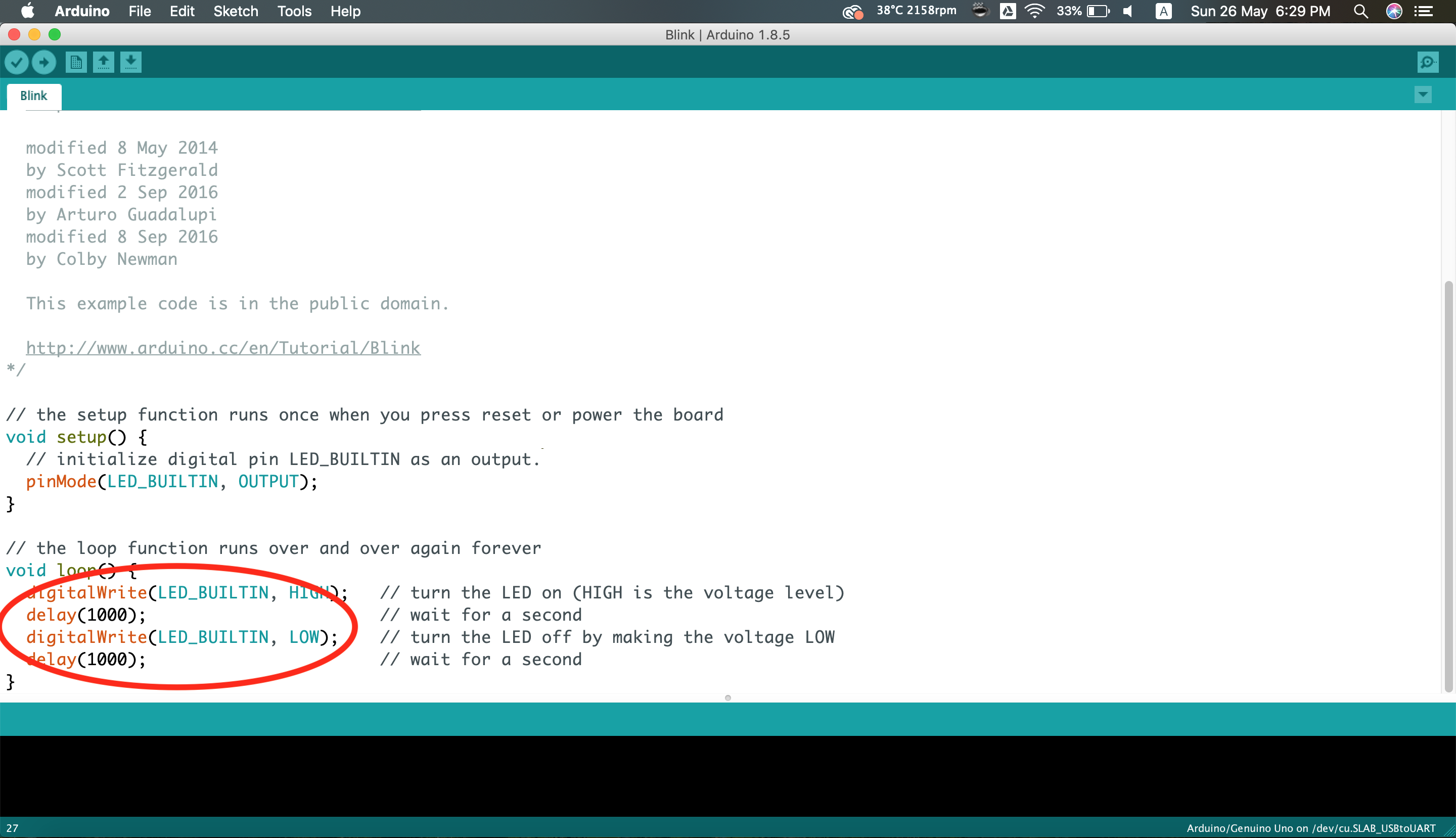 In the circled section you can see a few lines of code.

The delay(1000); tells the microcontroller to wait for a second. This means that this entire section of code tells the LED to turn on for 1 second and then turn off for 1 second!

The 1000 is in miliseconds, and you can change that value, before uploading the code again! Bear in mind that if you have too small or too large of a number, you would either not see the LED not doing anything, or takes ages to do something.

So, have fun and enjoy the tutorials that lie ahead!